Simply Type Which 6 SARM You Would Like Into The "COMMENTS/NOTES" Field During The Ordering Process!

The Relationship Between IGF 1 and Muscle Mass Backed By Science

What is The Relationship Between IGF 1 and Muscle Mass

This article is a two part peice:

[*]What is The Relationship Between IGF 1 and Muscle Mass?

Lets first look at an actual study and its findings:

Growth hormone (GH) is widely used as a performance-enhancing drug. One of its best-characterized effects is increasing levels of circulating insulin-like growth factor I (IGF-I), which is primarily of hepatic origin. It also induces synthesis of IGF-I in most non-hepatic tissues. The effects of GH in promoting postnatal body growth are IGF-I dependent, but IGF-I-independent functions are beginning to be elucidated.

Although benefits of GH administration have been reported for those who suffer from GH deficiency, there is currently very little evidence to support an anabolic role for supraphysiological levels of systemic GH or IGF-I in skeletal muscle of healthy individuals. There may be other performance-enhancing effects of GH.

In contrast, the hypertrophic effects of muscle-specific IGF-I infusion are well documented in animal models and muscle cell culture systems.

Studies examining the molecular responses to hypertrophic stimuli in animals and humans frequently cite upregulation of IGF-I messenger RNA or immunoreactivity. The circulatory/systemic (endocrine) and local (autocrine/paracrine) effects of GH and IGF-I may have distinct effects on muscle mass regulation.

Growth Hormone is not nearly as effective in the growth and development of muscle mass as insulin like growth factor 1 igf-1. In lay terms, This answers the question , What is The Relationship Between IGF 1 and Muscle Mass?

If your following along, The Pituitary gland secretes GH and igf-1 is the by product of that Growth hormone by way of the liver. So knowing this, and understanidng the study above we can surmise that GH is to IGF 1 as Prohormones are to steroids.

Exogenous IGF 1 signals the body to burn fat for energy. That alone should have even the couch potatoes out there excited. But what this means for strength training athletes , bodybuilders and anyone lifting weights exerting anything more than their normal resting heart rate is that your going to see a substancial change in your body composition.

Many claim that incorporating IGF-1 into a balanced diet and exercise regime also helps to increase the rate at which one loses weight. Combination with a balanced diet plan is going to ensure the greatest results when using IGF-1 as a tool for weight loss. And, it might afford you a little extra wiggle room in your diet, as you are getting the benefits of improved muscle development and lean muscle mass. However, this does not eliminate the fact that a balanced diet, and exercise regime are something which has to be followed for those who hope to sustain weight loss.

Muscle tissue maintanance with the use of IGF-1

Including IGF-1 as a part of a healthy, balanced diet plan, with good sources of protein either through whole meals or protein powder powder can help in shifting of the metabolism. This means when your body is burning more calories, it is likely that you will notice increased weight loss in a shorter period of time as well. IGF-1 will help to support weight management efforts, by increasing the rate at which your metabolism is working; this is naturally going to result in faster weight loss, and more sustainable weight loss over time. This is when you will begin to actual remember what your muscle groups look like. Yes you had abs under all that cottage cheese!

Basically, IGF-1 will help you speed up your weight loss efforts through your now burning fat tissue for energy as well due to the increase of muscle development, lean muscle formation, and the fact that you have higher energy levels. The total benefits are astounding when used properly. Understanding The Relationship between IGF 1 and Muscle Mass Will enable you to make better informed decisions in all areas of your fitness training.

IGF1 LR3 is also known as Long R3 IGF-1 or Insulin-Like Growth Factor-I Long Arg3. The Long R3 IGF-1 version is significantly more potent than regular IGF-1. The enhanced potency is due to the decreased binding of IGF1 LR3 to all known IGF binding proteins.

IGF-1 is basically a polypeptide hormone that has some of the same molecular properties as insulin. IGF dose actually stand for insulin-like growth factor. IGF-1 is mainly responsible for long bone growth in children and it also affects muscle growth and repair of adults. Long R3 IGF-1 is a more potent version of IGF-1. It’s chemically altered i like to think “enhanced” to prevent deactivation by IGF-1 binding proteins in the bloodstream. This results in a longer half-life of 20-30 hours instead of 20 min… So that means a far more effective version than the short chain we were perhaps more familiar with.

IGF-1 LR3 significantly increases muscle mass by inducing a state of muscle hyperplasia (increase in number of new muscle cells) in the MUSCLE WHERE ITS INJECTED! So think of it as muscle cell proliferation, or even the splitting of the cell so 1 becomes 2… That’s why its perfect on cycle when you get increased muscle cell growth too. But why is IGF better than HGH? The reason being is HGH causes IGF levels to rise in the liver first, then in the muscle, Whereas IGF-LR3 causes localized IGF levels to rocket.

Igf1-lr3 As you all know is the long acting version of Igf-1, Taking its active potential up towards 20 hours, But along with its ability to stimulate the growth of satellite muscle cells and helping them to mature into new muscle fibers it holds the ability to increase the uptake of many supplements we currently use, And it can cause the enhanced recovery of testicle size, and prevent muscle loss even in PCT. Plus another reason its so potent is because of the decreased binding of Long R3 IGF-1 to all known IGF binding proteins. These binding proteins normally inhibit the biological actions of IGF.. not so with this long acting version.

Here’s a quote from one of the top research doctors in the world, Dr Sweeny the chairman of bioethics in 2002.

H. Lee Sweeney, Ph.D., Professor and Chairman of Physiology at the University of Pennsylvania and a recognized expert on the subject of the genetic enhancement of skeletal muscle, spoke to the World Anti-Doping Association with regard to the muscle building and regenerating properties of IGF-1.

In another study the muscle fibers of 27-month old rats – old age for rats – that were given IGF-1 during middle age, exhibited no deterioration of muscle fibers that indicate the classic and inevitable signs of aging. These rats did not lose any fast twitch muscle fibers – the fibers responsible for power and speed – and had the same speed and power output that they had when they were six months of age.

To quote Dr. Sweeney, “So we were able to conclude that IGF-1 could prevent all of the hallmarks of age-related atrophy and loss of skeletal muscle function in mammalian aging, at least based on the rodent model, and now we’re hoping to pursue this in larger animal models.”

Another surprising effect that remains largely unexplained is that it actually Reverses testicular atrophy. Testicles if shrunken will return to “full swing” as it were even in the middle of a steroid cycle. If not shrunken they will not shrink during the cycle. This may explain partially why gains are kept after the cycle. The increased circulating levels of IGF seem to prevent shrinkage and allow for increased LH output post cycle.

Are you still with us? 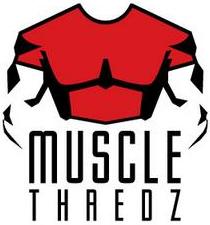 The Relationship Between IGF 1 and Muscle Mass Backed By Science

Search
Are you sure?
Please, enter a value here